Our Board Of Directors

Our Board Of Directors

Meet our Board of Directors, whose mission is to uphold Bandhan Bank as a caring bank that offers world-class financial solutions to all. 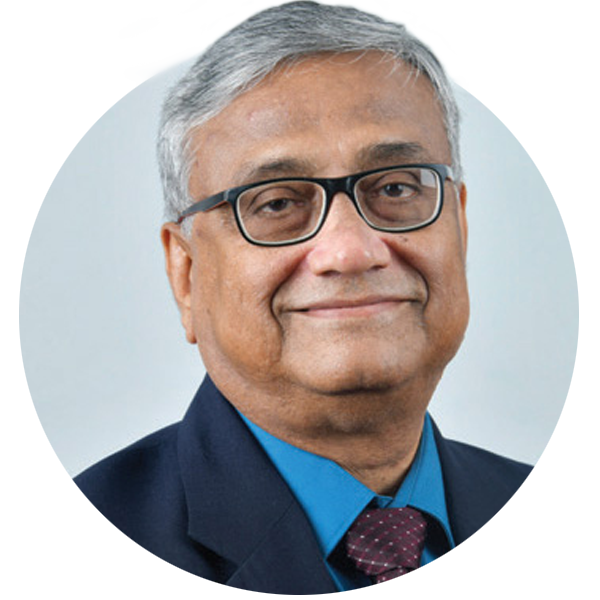 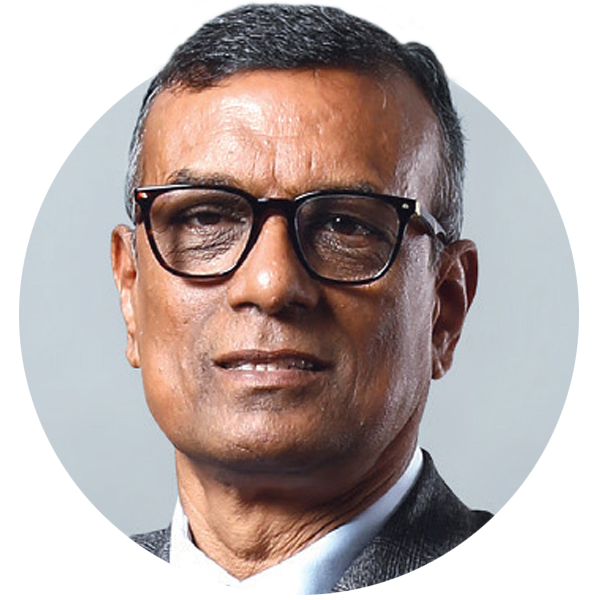 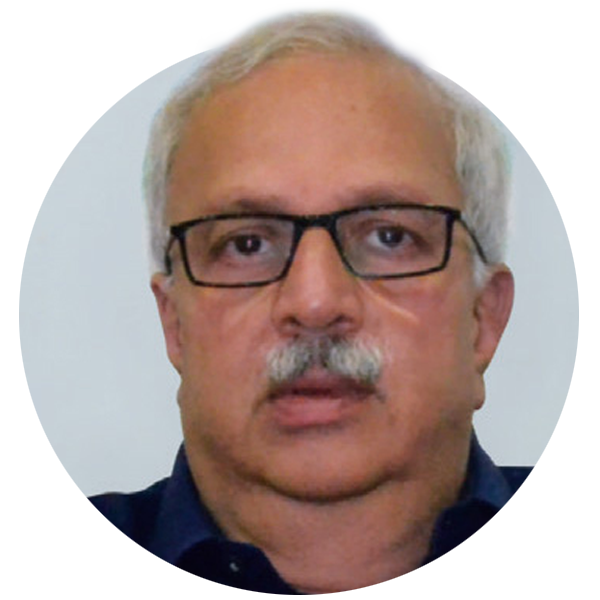 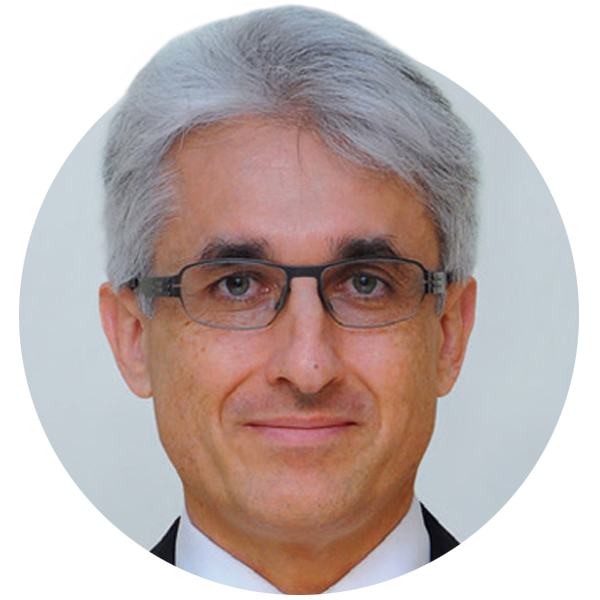 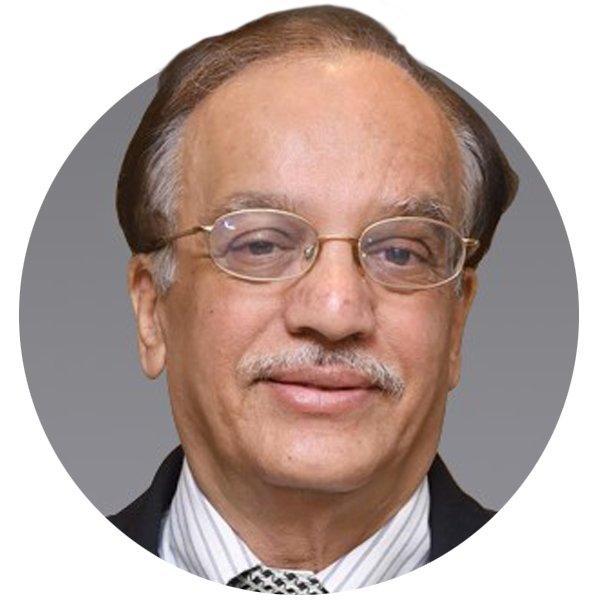 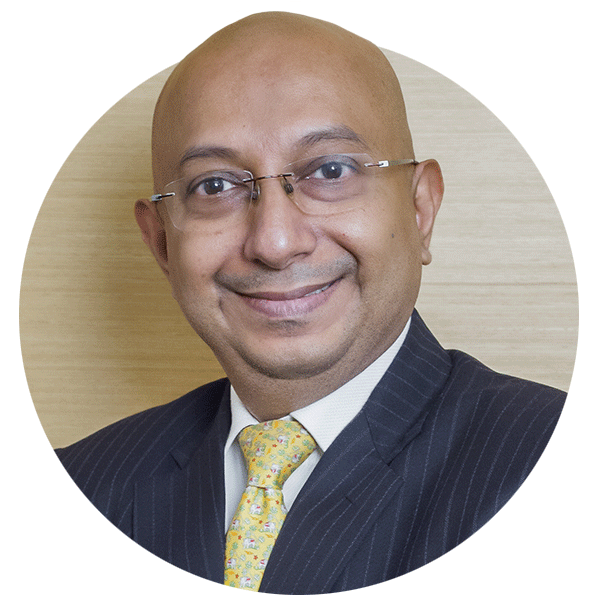 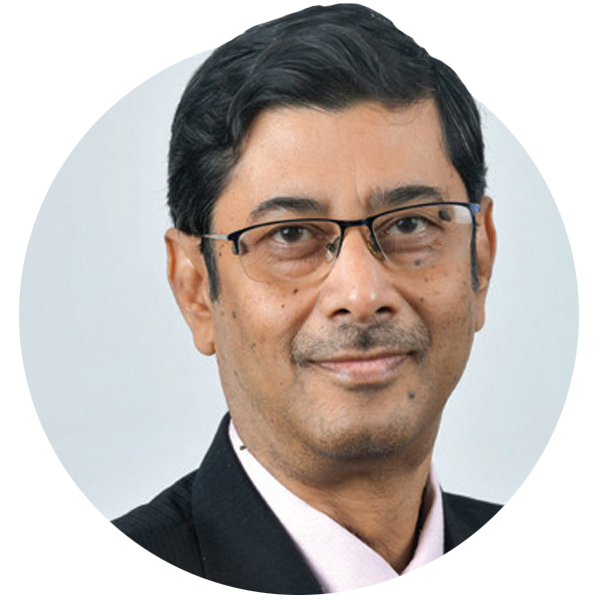 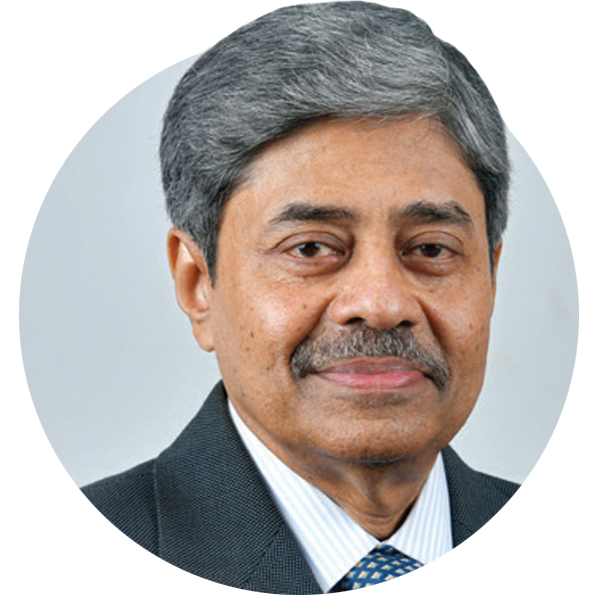 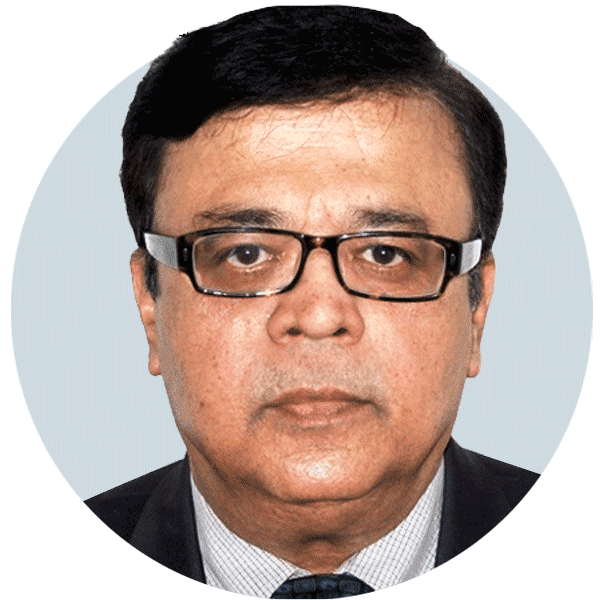 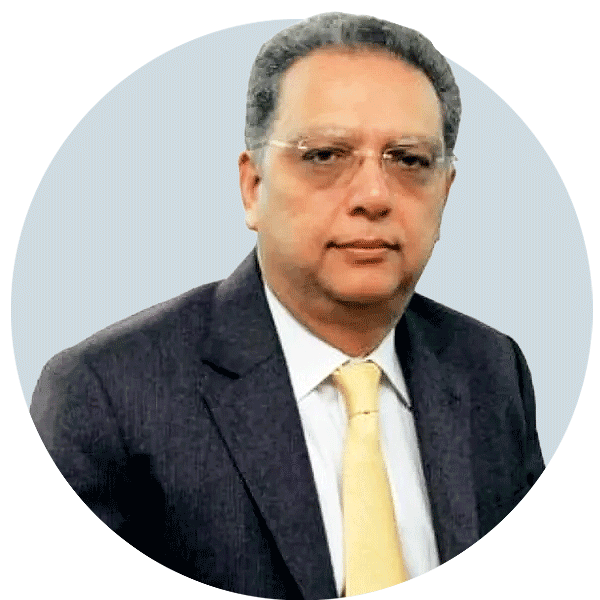 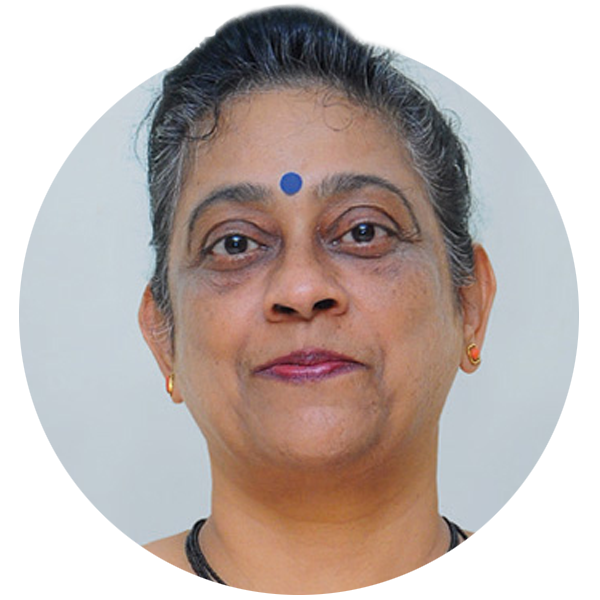 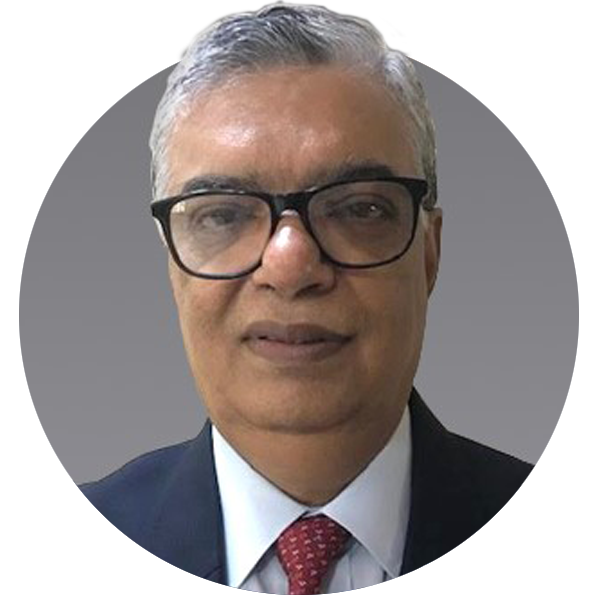 Vijay N Bhatt
Independent Director
Our Board of Directors

Dr. Anup Kumar Sinha is the former Director of Heritage Business School (‘HBS’) and currently designated as Chief Mentor. He has also served on the Board of NABARD.

Dr. Sinha has taught at Presidency College and Indian Institute of Management Calcutta (‘IIMC’). He served IIMC as Professor of Economics for 25 years. He served three terms on the Board of Governors at IIMC and also as the Dean during 2003-06. He received the Best Faculty Award from the IIMC Alumni Association in 2003 and 2004. In 2012, 2014 and 2015, he won the Most Popular Teacher Award from the outgoing MBA students of IIMC.

He has held visiting appointments at University of Calcutta, Indian Statistical Institute, University of Southern California, Washington, University at St. Louis, Curtin University at Perth and Kyoto University. He has been actively engaged in training and consulting for a number of organizations in the public and private sector, as well as for international agencies in the fields of economics. He has also authored publications on various topics including economics, rural economy, management, etc.

Mr. Ghosh has been one of foremost proponents of microfinance in India. He has more than 30 years of experience in the microfinance and development spaces. He founded Bandhan in 2001 as a not-for-profit enterprise that stood for financial inclusion and women empowerment through sustainable livelihood creation. He was on the forefront of its transformation into an NBFC-MFI and finally a universal bank in August 2015.

Mr. Ghosh is the former President of Bengal Chamber of Commerce & Industry (BCC&I) and the former Chairman of CII, Eastern Region. He is also a member of Managing Committee of Indian Banks' Association (IBA) and a member of Corporate Governance Council, CII. He co-chairs the Financial Inclusion Committee of Federation of Indian Chambers of Commerce and Industry (FICCI). Further, he is a member of the Committee on Micro, Small and Medium Enterprises (MSME) sector, Government of West Bengal, along with being a member of College Advisory Committee (CAC) in CAB, Pune. He has also been a distinguished invitee on the Council of Management, AIMA.  Mr. Ghosh was elected as ‘Senior Ashoka Fellow’ in 2007 by Ashoka Foundation (social entrepreneurship award).

He holds an MSc in Statistics and also attended the HBS-ACCION programme on Strategic Leadership at Harvard Business School in April 2006. He has completed a Certification Programme in IT & Cyber Security conducted by Institute for Development and Research in Banking Technology (IDRBT), established by the Reserve Bank of India.

Dr. Ramasastri has been on the Board since August 08, 2018. He is widely known for his commendable domain knowledge in Banking technologies such as cybersecurity, analytics, Cloud computing, and payment systems, in addition to his other areas of expertise. He was the Director of the Institute for Development and Research in Banking Technology (‘IDRBT’) from 2014-2020. Prior to joining the IDRBT, he was the Chief General Manager-in-charge of the Department of Information Technology at RBI. In the RBI, he had spearheaded many important projects, including the implementation of the Next Generation RTGS, adoption of XBRL and ISO 20022, and preparation of the IT Vision of RBI from 2011-17.

He has authored two books titled ‘Quantitative Methods for Valuation of Assets’ and ‘Quantitative Methods for Banking and Finance’. He had also guided the Bank of Mauritius, Bank of Malaysia and Bank of Uganda on the implementation of Data Warehouse, XBRL, etc., and delivered talks on standards and technology for data reporting at the International Monetary Fund and Bank of International Settlements.

Previously, he was a Partner and the Managing Director at the Boston Consulting Group where he worked in Germany and China. He advised clients in corporate and investment banking, transaction banking, retail banking, insurance and asset management on topics of strategic relevance including corporate and business line strategies, organisation, operations, IT and risk management.

Dr. Michaelis is an economist and holds a doctorate degree in Economics from WHU Koblenz, Germany. He pursued his post-graduation in Business Administration (Finance) from UT Austin, USA. He has co-authored various BCG publications on Banking, M&A and Insurance.

Mr. Tendulkar is a qualified Chartered Accountant (1981) and Company Secretary (1987). He has more than 37 years of experience in Finance, General Management & Operations in IT, Telecom and Manufacturing industries. He has extensive experience working with American & European based multinational organisations and has successfully resolved multi-dimensional, dynamic & challenging issues.

He was an Executive Director with Hewlett Packard Enterprise India Limited for almost 14 years. He was also associated with many IT Companies including Tata Telecom, AT & T, USA, Digital Global Soft etc. Currently, he is an Independent Director of Centrum Capital Limited and Corporate Catalysts India Private Limited.

Mr. Roy is the co-founder and CEO of RV Capital Management Private Limited, an asset management company based in Singapore that he founded in November 2011. He has significant experience in the banking and finance sector.

He started his career with Bank of America in 1992 in Mumbai. He has worked at Merrill Lynch and at Morgan Stanley as a Managing Director in the Fixed Income Division. Currently, he is also on the Boards of Bandhan Financial Holdings Limited and Bandhan Financial Services Limited.

He holds an MBA from IIM, Ahmedabad, with a major in Finance and Marketing and a B.Tech. in Computer Science & Engineering from IIT, Kanpur.

Mr. Mukherjee is the former Managing Director of the erstwhile State Bank of Hyderabad, an associate bank of the country’s largest lender - State Bank of India. He has four decades of experience in the fields of banking, finance, risk management, etc. in various capacities. From 2013 to mid of 2014, he was acting as Chief General Manager of State Bank of Bikaner and Jaipur. He has also worked as a Chief Executive Officer of State Bank of India, Paris from 2004 to 2008. He joined as a probationary officer and carried out important domestic and overseas assignments in the SBI Group.

Mr. Mukherjee holds a B.Sc. (Honours) degree from Presidency College under the University of Calcutta and CAIIB from the Indian Institute of Bankers.

Mr. Bhattacharya has 36 years of experience in the banking industry. He served as a Director on the Board of Axis Private Equity Limited. Subsequently, he was an adviser to Axis Bank on Leadership Development and Talent Management.

He started his career with State Bank of Bikaner and Jaipur as Probationary Officer and reached the level of Chief Manager, International Banking. Thereafter, he moved to Axis Bank as Asst. General Manager and held various positions including that of the Executive Director (Corporate Affairs), where he oversaw the functioning of the human resources, compliance, internal audit, legal, corporate communications and corporate infrastructure departments. He was also the Head of Human Resources, and the Chairman of the Audit Committee of Executives at Axis Bank.

Mr. Bhattacharya is a Science graduate from the University of Calcutta and is a qualified Cost Accountant from The Institute of Cost and Works Accountants of India.

Mr. Gupta has a rich experience of more than 35 years in Asset-based Financing, with 20 years dedicated to the Mortgage industry in India and 11 years to Development Finance. His domain expertise has been in investment and advisory services related to the mortgage industry, covering areas like strategic planning, business plan, underwriting and policy formulation. He has an extensive experience in mentoring the workforce at startups in the Housing Finance sector, grooming and upskilling them on lending to the informal and low income borrowers, including developing business plans and data analytics platforms.

Mr. Gupta worked at the International Financial Corporation (‘IFC’), World Bank Group for more than a decade from 2005 to 2019 and retired as the Principal Financial Officer of IFC. During his stint at IFC, he worked in South Asia, South East Asia, and Central Asia. He has also been associated with BHW Birla Home Finance as the Managing Director, with SREI International Finance as Senior Vice President and with Classic Financial Services & Enterprises Ltd. as the Regional Manager for Operations.

Currently, he is a member of the Board of Joyville Shapoorji Housing Private Limited as a Nominee Director of Asian Development Bank.

Mr. Gupta holds a Master of Arts degree in Economics from the Delhi School of Economics.

Mr. Chander is a veteran Banker. He has 37 years of rich experience in Banking Operations, Trade Finance, Retail and Wholesale Banking. His extensive experience covers the entire gamut from retail, small and medium enterprise, mid-sized corporates to large corporates.

Mr. Chander started his professional journey in banking as a trainee at ANZ Grindlays Bank in 1983 and since then has worked in foreign banks in India and abroad, and a private sector bank in India. He retired as the Head of Corporate and Institutional Banking at IndusInd Bank in March 2020.

Currently he is a member of the Board of Canara Robeco Asset Management Company Limited.

Mr. Chander is a Chartered Accountant (1982). He also holds a Bachelor of Arts (Honours) degree in Economics from the University of Delhi (1978).

Ms. Gain is currently the Chief General Manager and state in-charge at MP Regional Office of NABARD. She had also held the position of Executive Director at Bankers Institute of Rural Development (BIRD). She has over 34 years’ experience in the field of agricultural and rural development. She has worked in various capacities in NABARD where she was involved in capacity building and conducted programmes on organisational and institutional development, microfinance, self-help groups, gender and participatory management. She has been a Faculty Member at the BIRD, Lucknow and Technical Advisor at UP Diversified Agriculture support Program, a World Bank Project.

She is a postgraduate in Agricultural Physics from Indian Agricultural Research Institute, New Delhi and holds Certificates on Land Use Management and Climate Finance from World Bank Institute.

Mr. Vijay N Bhat is a qualified Chartered Accountant (1984) and a Bachelor in Law (Gen) (1986). He has 35 years of experience in large, medium and small Indian and multinational businesses. Being in the audit profession, he has a good understanding of the business environment, business risks, controls, accounting and financial reporting issues relevant to businesses operating in India.

He was with KMPG for over 10 years (Senior Independent Director), with E&Y for 2 years and with R S M & Co. Chartered Accountants for 19 years and for a few months with Lovelock Lewis. He has been a member of various committees of the Institute of Chartered Accountants of India, such as: Accounting Standard Board, Audit Standard Board, Information Technology Committee, Financial Reporting Review Group and Professional Development Committee of WIRC. Currently, he is on the Board of Qontrac Prints Private Limited.

Choose from a wide range of loan offerings

Get a Home Loan with us, with minimal documentation and quick processing.

Use your gold safely to fulfill your financial needs immediately

Are your dreams waiting for your fixed deposits to mature? Wait no more with our Loan against Term Deposits.

Avail hassle-free Loan against your property to meet your fund requirements.

Share your personal needs with us and we’ll customise a Personal Loan to fulfill them.

Harvest success with timely funds made possible by our convenient Agri Loan.

Buy yourself your dream vehicle with our Two-Wheeler Loan

Choose from our Micro Loans

Get timely financial support to deal with medical emergencies

Choose from our Transaction Banking products

Guaranteeing bank’s support for your business whenever required

Choose from our variety of Loans for Small Businesses

Loan to fulfill both working capital and term/demand loan requirements

Choose from a wide range of insurance offerings

Protect yourself and your loved ones against life’s unexpected twists and turns.

Home is where the heart is! Shelter your home and all that is inside it.

Leave behind the baggage of worries; our insurance covers most trip-related emergencies.

Hope you never need it, but our comprehensive insurance will support you through any accident.